The Directors of eMetals Limited are pleased to announce the results of the phase two 592-hole auger drilling program at its wholly owned Twin Hills Project in the Eastern Goldfields region of Western Australia.

The Directors of eMetals Limited (ACN 142 411 390)(ASX:EMT)(eMetals or the Company) are pleased to announce the results of the phase two 592-hole auger drilling program at its wholly owned Twin Hills Project (Project) in the Eastern Goldfields region of Western Australia.

eMetals Director Mathew Walker commented:
“The Company has successfully followed up on earlier geochemical targets with an expanded auger program that has delivered two additional high quality, tightly constrained drill targets. The Company is moving to test these targets as soon as regulatory approvals are granted.”

BACKGROUND
Earlier auger drilling at the Project completed in July this year and announced to the ASX on 4 August 2020 identified a north west trending auger geochemical anomaly sited parallel with a mapped fault that controls the plunging shoots within the excised Twin Hills Gold mine. This was interpreted as representing gold mineralisation hosted in a structural intersection and follow up auger drilling was planned. Please refer Figure 1. 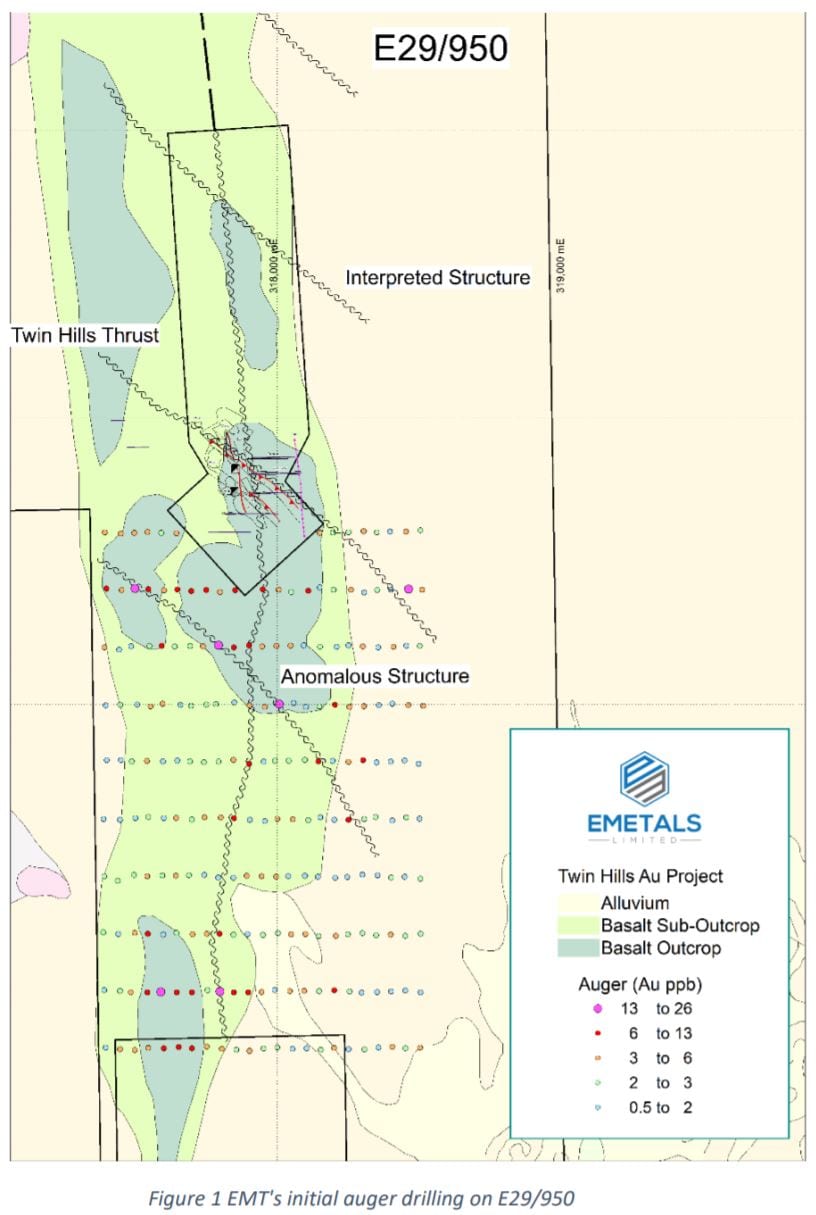 The second phase of auger drilling consisted of 592 auger samples which tested two target areas north of the phase one auger grid. The holes were drilled with a ute mounted auger rig and qualitatively logged on site by the contractor. Samples were submitted to a commercial laboratory for aqua regia digest for Au + 33 trace elements, a conventional assay method for low level exploration for gold. Full details on sampling methodology is available in the JORC Table 1 & 2.