40.9m of Spodumene-Bearing Pegmatite Intersected in New Step out Hole at Mavis Lake

Afterpay Canada to accelerate regional growth with new leadership Afterpay the leader in “Buy Now, Pay Later” payments, today announced that it has appointed Ryann Carruthers as General Manager of Canada . Ryann will help accelerate Afterpay’s growth in the market by driving key business functions – including sales, client relationships and partnerships. She joins Afterpay as the company celebrates its first …

Afterpay (ASX:APT), the leader in “Buy Now, Pay Later” payments, today announced that it has appointed Ryann Carruthers as General Manager of Canada . Ryann will help accelerate Afterpay’s growth in the market by driving key business functions – including sales, client relationships and partnerships. She joins Afterpay as the company celebrates its first anniversary in Canada . 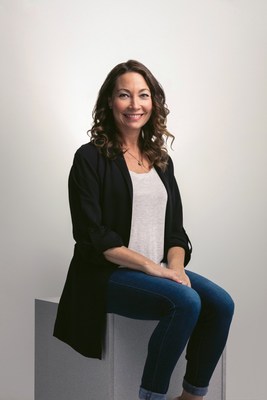 Zahir Khoja , Afterpay’s General Manager of North America said: “Ryann has a wealth of experience and knowledge in sales, account management and field sales leadership. With a successful track record of building meaningful business relationships and fostering customer satisfaction, I’m confident that Ryann’s leadership will further accelerate our growth in the Canadian region.”

Ryann Carruthers , Afterpay’s new General Manager of Canada said: “I am thrilled to embark on this adventure with Afterpay, just as the company approaches its one year mark in Canada . The company has already made incredible strides in the region, and it’s an absolute honour and privilege to join this business with such strong momentum. I look forward to building on its success with new customer innovations and industry partnerships.”

Ryann comes to Afterpay after more than 20 years of experience, primarily in sales and account management. Most recently, Ryann was responsible for recruiting and leading Canada’s first national field sales team at Amazon. Prior to Amazon, Ryann held a variety of sales and leadership roles at Samsung. Her early career was spent at various telecommunications and consumer electronic companies, including Virgin Mobile, XM Satellite Radio, and Rogers Communications in Canada .

Despite Afterpay’s relatively recent entry into Canada , it has quickly grown to become the most used and visited Buy Now, Pay Later service in the region [1] . Afterpay partners with a wide network of brands consumers love in Canada , including Urban Outfitters, Lululemon, Pandora, NARS and Shiseido, among others. On a monthly basis, Afterpay sends approximately 31 million leads on average to its merchant partners from its Shop Directory [2] .

About Afterpay Limited
Afterpay Limited (ASX: APT) is transforming the way we pay by allowing customers to receive products immediately and pay for their purchases over four installments, always interest-free. The service is completely free for customers – helping people spend responsibly without incurring interest, fees or extended debt. As of March 2021 , Afterpay is offered by nearly 86,000 of the world’s favourite retailers and has more than 17 million customers in North America alone [3] .

Afterpay is currently available in Australia , Canada , New Zealand , the United States and the United Kingdom , France , Italy and Spain , where it is known as Clearpay. Afterpay is on a mission to power an economy in which everyone wins.