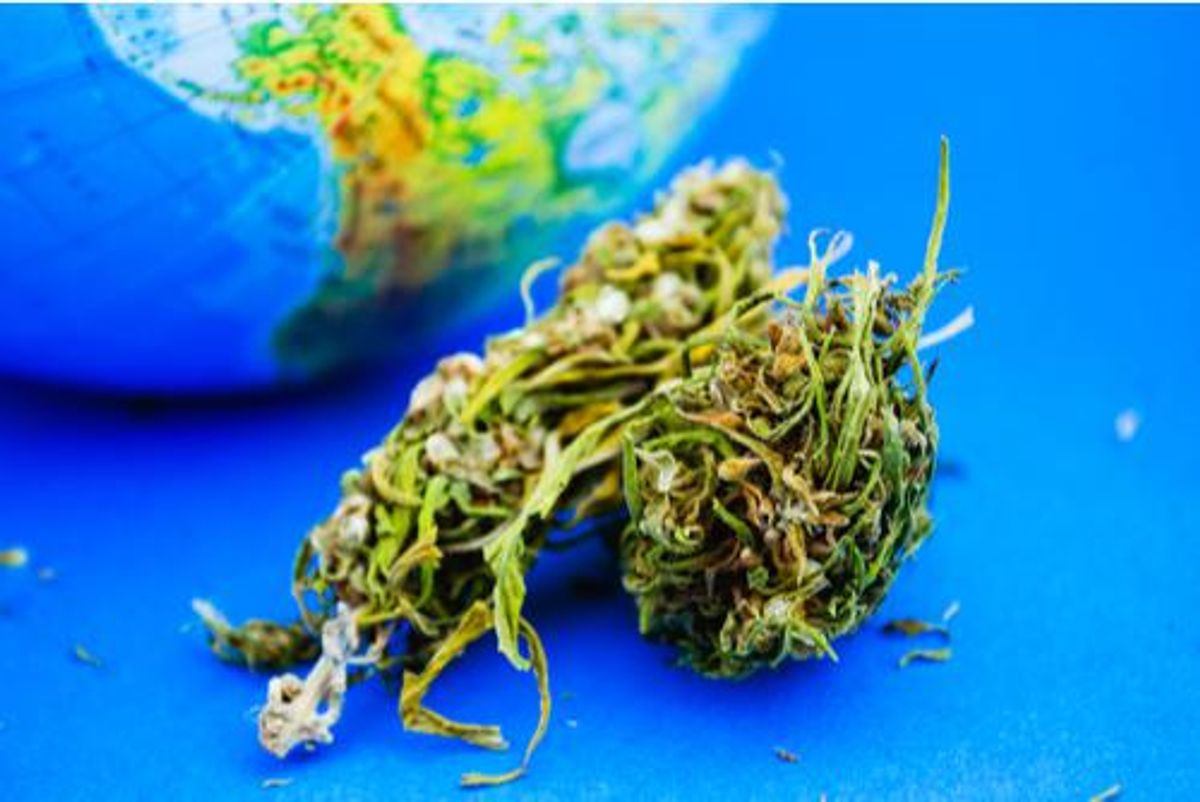 Australia's medical cannabis market is growing, but can it sustain the crop of companies currently involved in the space?

Australia's domestic medical cannabis market continues to gradually open, but is it big enough to sustain the country's plethora of producers?

As the industry gets more crowded, cannabis companies are looking at business options both at home and internationally as a way to increase their reach.

With ongoing questions surrounding the legalisation of cannabis for recreational purposes, Australia's advantageous placement may allow these firms to benefit from plays further afield.

In 2020, FreshLeaf Analytics, an Australian cannabis research firm, expressed an optimistic outlook for the long-term growth of the country's domestic medical market.

But in the immediate term, there's a glaring glut of companies compared to the number of patients currently available in the regulated market.

"These data suggest the Australian cannabis market is saturated and the current growth trajectory is unsustainable," FreshLeaf Analytics said, according to a report from Stockhead.

At the time there were close to 40 companies all vying to serve approximately 100,000 prescriptions.

"It would be reasonable to conclude that in the next 12-18 months we will begin to see a reversal in growth of prescription product numbers and consolidation in the number of players," the researchers said.

Spending on medical cannabis in 2021 is projected to be somewhere around $150 million.

With Australia's medical cannabis space getting crowded, and changes in the country's recreational policy not expected for the foreseeable future, what options are available for companies that want to do more?

The country is working to open up other avenues that may allow more participation. Earlier this year, a critical change went into effect when the Therapeutic Goods Administration (TGA) enacted a policy update originally confirmed in December 2020.

Low-dose cannabidiol (CBD) products have been permitted for over-the-counter sale since February.

However, even with the policy change now in place, it is still expected to take a significant amount of time until CBD products become available to the public. This is because of a very rigorous metric of quality that all CBD products will need to clear.

"The decision limits over-the-counter supply to only those products that are approved by the TGA and included on the Australian Register of Therapeutic Goods," the TGA indicated last December.

Results won't be seen for some time, but companies have expressed enthusiasm for the new CBD rules.

Australians have a unique advantage in international cannabis

Stephen Murphy, co-founder and managing director of Prohibition Partners, told the Investing News Network (INN) he is encouraged by the maturity process he's seeing in the Australian market and its players. He pointed to the new CBD rules as a major sign of progress that will help build trust with patients in the country.

Looking beyond Australia, he said Australian cannabis producers have a major advantage in international efforts because of their standardised practices and expertise working in a medical market.

While the recreational cannabis business is thriving in North America as companies look to establish a modern consumer packaged goods marketplace, in Australia producers are sharpening their medical skills.

When it comes to how profitable international expansion could be for Australian companies, Murphy cautioned against expecting a significant overturn in the immediate term since patient counts in advanced markets like Germany are still growing little by little.

Of course, Europe is not the only area where Australian companies might have international opportunities. When asked about the possibility of trade or business in Asia, a market known for its appreciation of CBD, Murphy said this is likely a winning partnership.

"Asian countries are going to welcome Australian companies because not only do they have a good reputation, but also they are bringing with them the best international practices," Murphy said.

Australia's cannabis market is on a steady runway of growth, with experts positive about its long-term future.

"Australia is a maturing market — not mature, but maturing — and I think the patients are seeing that, so they're feeling more comfortable," Brett Schwarz, CFO and corporate advisor with privately held firm Cannatrek, previously told INN.

When it comes to the near term, Australians may end up deciding that expanding their reach into international cannabis ventures is a priority.

Don't forget to follow us @INN_Australia for real-time news updates!

Securities Disclosure: I, Bryan Mc Govern, hold no direct investment interest in any company mentioned in this article.