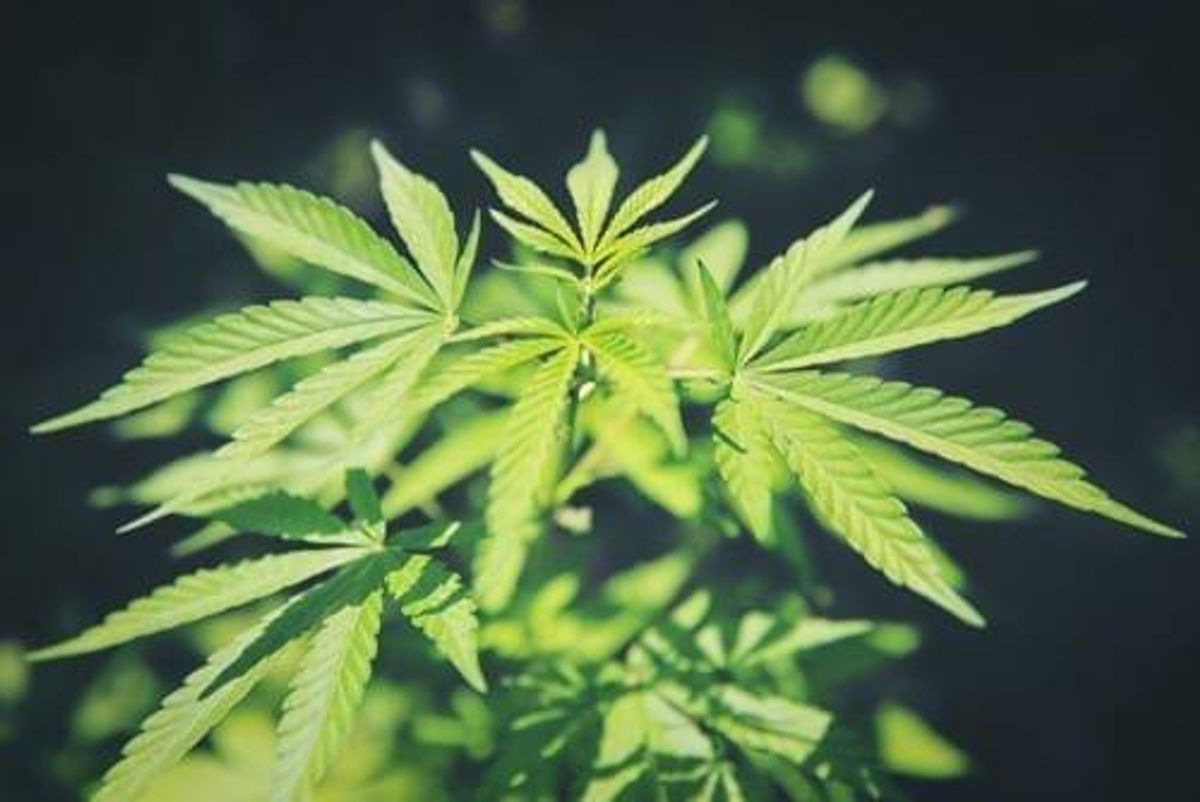 The Investing News Network looks back at a year full of Australian cannabis trends and critical industry developments.

As the end of 2019 nears, the Investing News Network (INN) is looking back at a year full of critical developments for the emerging Australian cannabis industry.

Though it’s still early days for the cannabis sector in Australia, recent increases in uptake indicate that medical marijuana could quickly become a crucial part of the country’s economy.

The conversation surrounding recreational marijuana use has also been ignited since the Australian Capital Territory legalized recreational use and possession this past September.

A growing patient base, legislative advancements and the country’s ambition to become one of the world’s largest exporters of cannabis all played significant roles in Australia’s cannabis market this year.

Read on to learn what market conditions defined the marijuana space in Australia in 2019.

Australia’s medical cannabis space has grown slowly since the drug was legalized in the country back in 2016, but a recent spike in patient numbers has been a marker of the growing acceptance of cannabis as a viable product in the country.

“Although we note the early stage of the sector in Australia and the associated volatility of a nascent industry, over the same period patient numbers domestically have continued to soar,” said Canaccord Genuity analysts Cameron Bell and Matthijs Smith in a recent note sent out to investors.

At the time the analyst pair published their note, over 90 percent of the more than 20,000 applications approved under SAS-B had occurred in the last 12 months. Bell and Smith added that the country was on track to have over 25,000 approvals by the end of 2019.

Australian cannabis research firm FreshLeaf Analytics has also pointed to an adoption uptick, saying in a Q3 report on Australia’s medicinal cannabis market that the country’s patient approval rate was up over 1,000 percent for 2019 at that time.

Sanjay Nijhawan, medical director at Cannabis Access Clinics, said the rise in patient numbers can be chalked up to an increase in the range of conditions approved by the TGA that can be treated with medical cannabis, as well as medical practitioners becoming more comfortable prescribing the drug.

The quick growth of patient approvals could also have been driven by the state of New South Wales (NSW), which eased the requirements for prescribing medical marijuana in September, removing the need for state approval for medical cannabis applications in most cases.

Western Australia joined NSW in November when it announced that unless a patient is under 16 years old or has an established history of drug abuse, general practitioners in the state can prescribe medical cannabis without having to refer to a specialist.

Perhaps one of the most critical developments in the cannabis space this year was the legalization of recreational use of the drug in the Australian Capital Territory in September, a first for Australia.

The new legislation, which comes into effect in January, will allow people over 18 to possess up to 50 grams of dried flower and to cultivate two marijuana plants at home with a maximum of four plants per residence. However, the policy will face obstacles, since cannabis plant and seed sales remain illegal at the federal level, alongside smoking the drug publicly.

While recreational use remains high in the country — according to a report from the Australian Institute of Health and Welfare, it is the most widely used illicit drug — the path towards legalization will be tricky.

In an interview with INN, Fleta Solomon, managing director at privately held Australian cannabis firm Little Green Pharma, said the general consensus is that full legalization could be about five years out.

But that hasn’t stopped some leading cannabis firms from establishing themselves in the country and pursuing positions in the meantime.

It’s only a matter of time until the country legalizes recreational use, said Bruce Linton, former CEO of Canadian giant Canopy Growth (NYSE:CGC,TSX:WEED), in an interview with ABC News.

“Every country that’s federally legal (in the future), we think someday will start with medical,” said Linton. “We think it’s just a natural progression.”

The company indicated that its subsidiary Spectrum Cannabis plans to create a division in Australia with operations in Victoria.

This sentiment was echoed by venture capitalist Ross Smith in an interview with ABC News: “There’s no question in my mind that medical cannabis is the Trojan horse for recreational cannabis, and I don’t believe it’s a bad thing,” he commented.

Another aspect of the development of the Australian cannabis industry comes down to the country’s ambition to become one of the world’s largest exporters of marijuana.

In an interview with ABC Radio, Health Minister Greg Hunt said the country aspires to become a powerhouse for medical cannabis supply, especially after legalizing medical cannabis exports in 2018.

Hunt said Australia’s goal is to eventually become the world’s largest medicinal cannabis supplier. The goal is to help the growth of the country’s international presence in cannabis, as well as to build a successful domestic market for Australia’s medical marijuana users.

“We want to be able to ensure we have safe, legal, high-quality supplies for Australian patients, and if we have an international market as well, that’s the best way of ensuring that we have viable product and viable businesses in Australia,” Hunt said.

Since then, some cannabis firms have begun to ship their product out of the country.

The first company to do so was Little Green Pharma, which sent locally grown medical cannabis products to German cannabis distribution and wholesaler Cansativa for product testing in September this year.

Little Green Pharma’s partnership with Cansativa marked the first step for Australia in bringing domestically produced cannabis to patients around the globe, according to its leading executive.

“Being Australia’s first local producer of medicinal cannabis to have its products reach European soil is a major milestone in the company’s short history,” Solomon said.

By all indications, 2019 served as a shaping year for the market in Australia. Thanks to critical legislative moves and a growing acceptance of the drug as a viable medical treatment, cannabis in Australia is ripe for an increase of investment opportunities moving into 2020.

As the pace of the marijuana sector’s growth quickens, industry players are anticipating that companies that are generating revenue and positive cash flow will begin to pull ahead of their competition.

Securities Disclosure: I, Danielle Edwards, hold no direct investment interest in any company mentioned in this article.

After an uncertain 2020 for the Australian mining industry, the resource market showed signs of a sharp recovery in the first six months of the new year.

Sydney, Australia (ABN Newswire) – Medlab Clinical Ltd (ASX.MDC), an Australian biotech using delivery platforms to enhance medicines is pleased to announce the execution of a Master Services Agreement (MSA) with WEP Clinical Ltd (WEP) for the exclusive development and delivery of Named Patient Programmes relating to the unlicensed supply of its proprietary NanaBis(TM) and NanoCBD(TM) to patients in the UK and Europe.

This Master Services Agreement is the first partnership for Medlab to supply their cannabinoid medications outside of its current Australian Special Access Scheme.

Dr Sean Hall, CEO of Medlab stated, “This is a major milestone for Medlab to begin supplying NanaBis(TM) and NanoCBD(TM) on prescription for the first time to patients outside Australia.”

Investing in Lithium in Australia

After the country became the world’s largest lithium producer in 2018, many market participants are wondering if investing in lithium in Australia is a good option

Without a doubt, the energy revolution is here to stay, with forecasts for electric vehicle (EV) sales increasing every day. As a result, demand for lithium, a key element in the lithium-ion batteries used to power electric cars, is expected to triple by 2025 — reaching about 1 million tonnes in size.

Investors looking for decentralised assets (and potentially major gains) in a post-COVID-19 Australia are turning in droves to cryptocurrencies.

Bitcoin in particular is getting Aussies excited after its price hit record highs in March 2021, and again the next month. As a finite resource, its volatility is proving exciting for many market watchers.

For those interested in jumping into the space, the Investing News Network has put together a step-by-step guide on how to start buying bitcoin in Australia — and how to stay safe while doing so.

Nickel gets a lot of love these days. Besides its applications as a base metal, it's discovering a rising popularity as an electric vehicle metal thanks to its role in battery technology.

Nickel is a vital component in lithium-ion batteries, which are seeing "hockey stick"-like production rates around the world as electric vehicles become more prevalent.

Sydney, Australia (ABN Newswire) – Medlab Clinical Ltd (ASX.MDC), an Australian biotech using delivery platforms to enhance medicines is pleased to announce the execution of a Master Services Agreement (MSA) with WEP Clinical Ltd (WEP) for the exclusive development and delivery of Named Patient Programmes relating to the unlicensed supply of its proprietary NanaBis(TM) and NanoCBD(TM) to patients in the UK and Europe.

This Master Services Agreement is the first partnership for Medlab to supply their cannabinoid medications outside of its current Australian Special Access Scheme.

Dr Sean Hall, CEO of Medlab stated, “This is a major milestone for Medlab to begin supplying NanaBis(TM) and NanoCBD(TM) on prescription for the first time to patients outside Australia.”

News Provided by TheNewsWire via QuoteMedia

Recreational cannabis remains illegal in all Australia’s states and territories with the exception of the Australian Capital Territory (ACT). But could that change in the future?

So far there are no clear indicators as to when or if Australia could legalise recreational cannabis, but attitudes seem to be changing. Public support is growing, and there’s even some political acceptance.

Read on to learn more about when Australia may legalise recreational cannabis.

Australia made waves when it federally legalised medicinal cannabis in 2016, and its marijuana market has experienced significant growth since then.

A study from FreshLeaf Analytics pegs Australian medical market sales at AU$95 million in 2020, while research firm Prohibition Partners indicates that Oceania’s cannabis industry is expected to be worth US$1.55 billion by 2024; medicinal cannabis is expected to account for 40 percent of the industry.

Despite that growth, the country’s cannabis industry is still young. Recreational use is not yet in sight, and even medical access remains limited and highly regulated.

Are you ready to start investing in Australia’s growing cannabis market?

Cannabis in the ACT: The Market a Year Post-Legalisation

It’s been just over a year since recreational cannabis was legalised in the Australian Capital Territory (ACT), home to the nation’s capital city of Canberra.

Announced on September 25, 2019, and brought into effect on January 31, 2020, the rules make it legal to possess and personally use small amounts of cannabis.

Investing in Lithium in Australia