Galena Mining Ltd. announces the outstanding result from drill-hole AB195, drilled as part of the recently completed 2020 Abra Drilling Program and as the first ever hole drilled specifically targetting the interpreted copper- gold zone at the Abra Base Metals Project.

Galena Mining Ltd. (“Galena” or the “Company”) (ASX: G1A) announces the outstanding result from drill-hole AB195, drilled as part of the recently completed 2020 Abra Drilling Program and as the first ever hole drilled specifically targetting the interpreted copper- gold zone at the Abra Base Metals Project (“Abra” or the “Project”).

Managing Director, Alex Molyneux commented, “We’re astounded at the success of drill- hole AB195 in intersecting significant mineralisation where we interpreted the gold and copper zone to be! We’re planning a follow-up downhole electromagnetic survey to take place in Q2 this year to consider further copper-gold targeted drilling thereafter.”

Drill-hole AB195, was drilled as part of the 2020 Abra Drilling Program, which concluded in late-December with 57 diamond core drill-holes being successfully completed for 24,832 cumulative linear metres. It’s the first ever drill-hole at Abra drilled to specifically target the interpreted zone of gold and copper mineralisation lying immediately adjacent to and underneath the heavily explored lead and silver mineralised zones.

The success of AB195 is borne out by the fact the significant copper and gold mineralisation was intersected where potential for gold-copper channels were interpreted to be, based on a major geological and geophysical interpretation exercise carried out by the Company in 2020 (see Galena ASX announcement of 26 June 2020) and Figure 1 (below). Furthermore, grade and thickness parameters from sub-sections within the broarder intersection (ie, 8.9 metres at 2.3% copper) line up favourably in value terms with the lead-silver reserve grades. 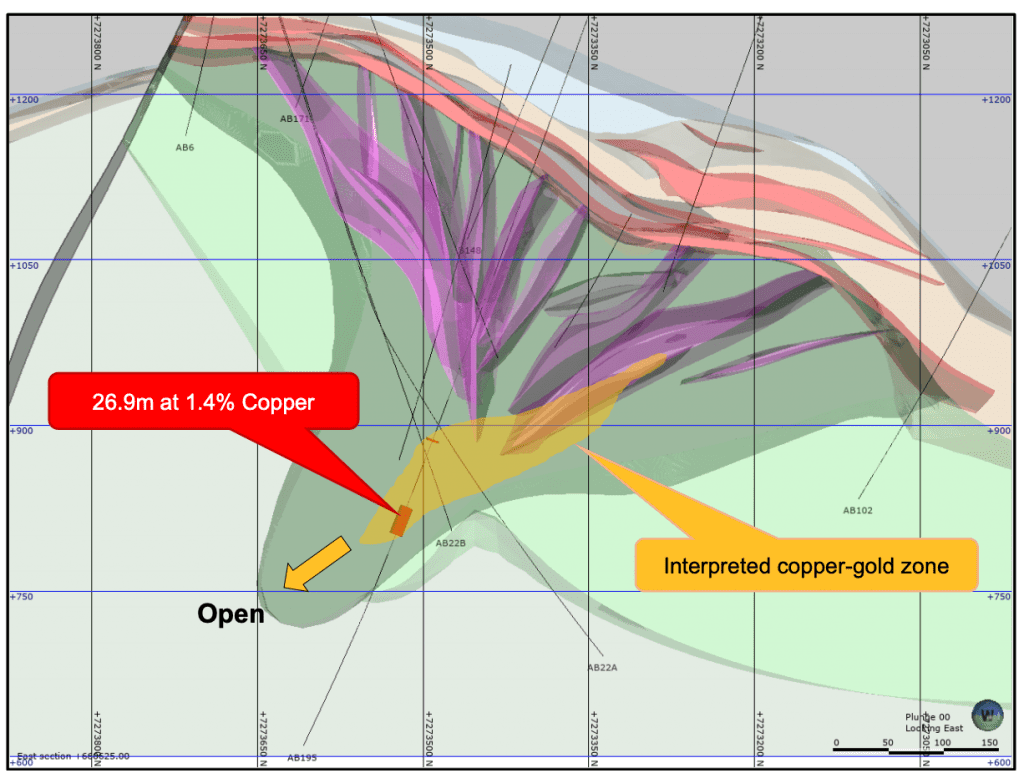 The wider significant copper intersection in drill-hole AB195 occurred within a 45 metre zone of visual intermittent massive and disseminated copper-bearing chalcopyrite mineralisation from a down-hole depth of 752 metres (see sample drill-core photos in Figure 2 below). 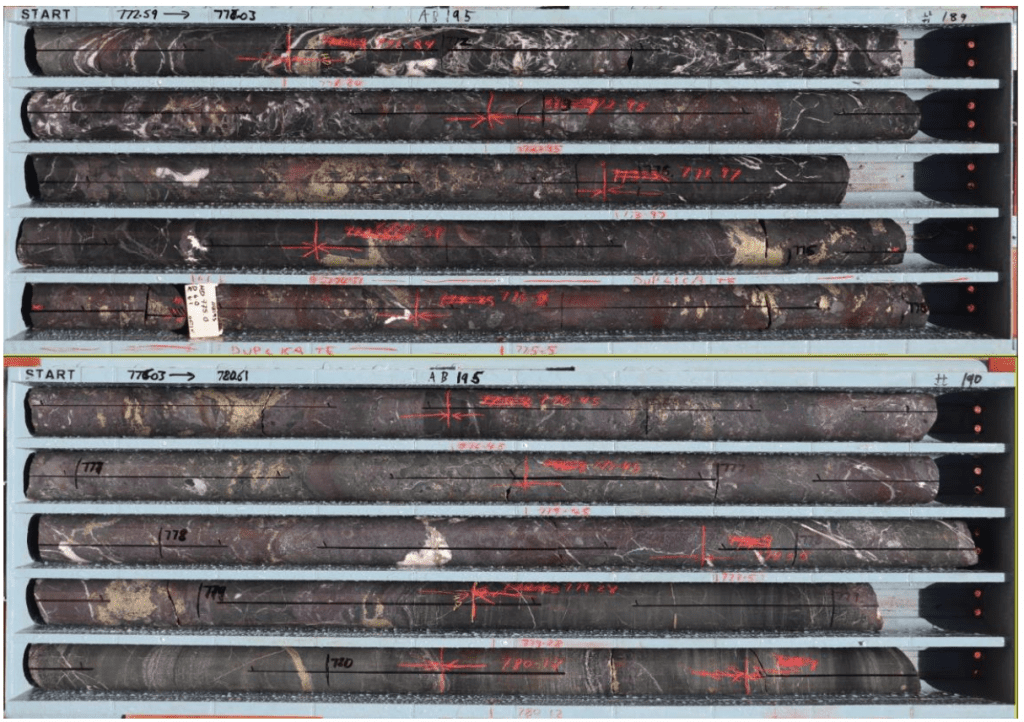 Given time constraints and the other objectives of the 2020 Abra Drilling Program, AB195 was the only hole drilled specifically to target the interpreted copper-gold zone. However, its success bodes well for additional follow-up work.

COPPER AND GOLD AT ABRA

Click here to connect with Galena Mining (ASX:G1A) for an Investor Presentation.