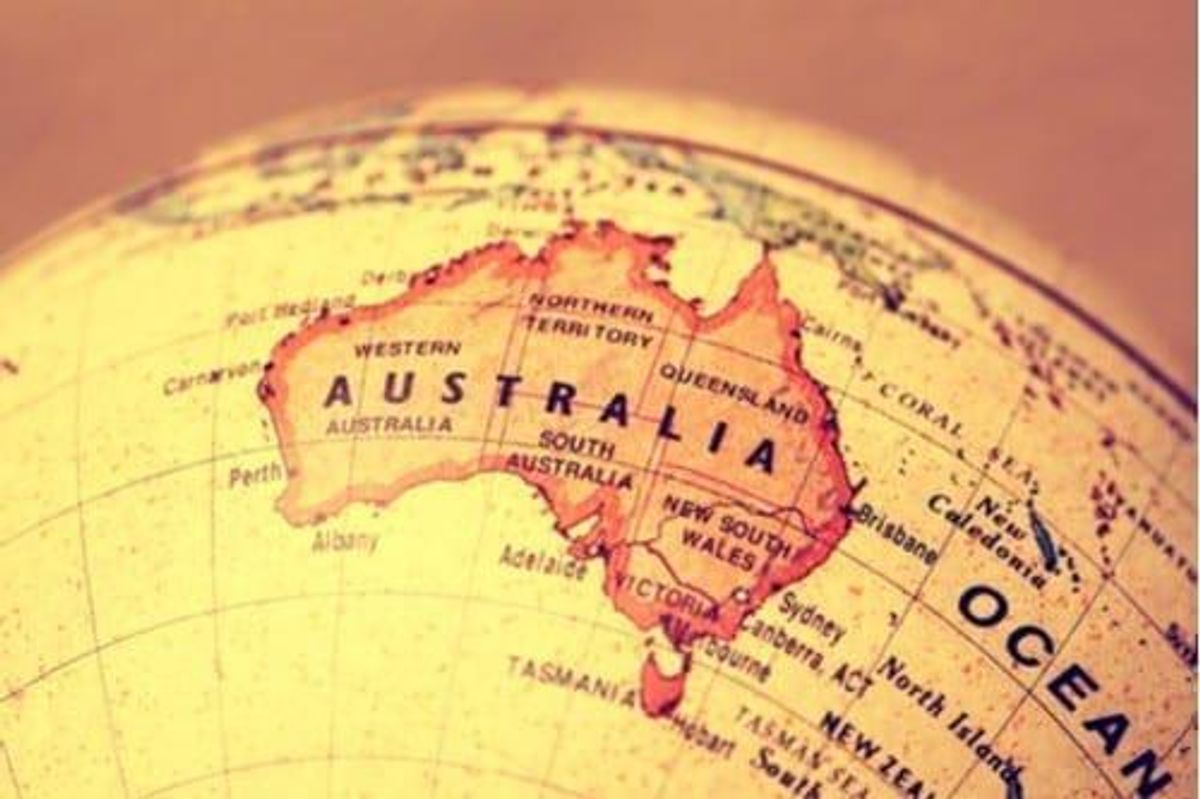 Mining in Australia: Incentives and Initiatives

Where does mining in Australia happen? Certain states and territories offer government-funded incentives that may help investors narrow down where to look first.

Australia is one of the world’s biggest mining hotspots, and that’s partially because the country’s government has given mining companies a good reason to explore down under: incentives.

While these incentives vary between the eight different Australian states and territories, they all help make the mining process easier and more beneficial for everyone involved. Companies are able to profit, and the government finds a strengthening economy.

For investors curious about what each area offers to mining companies, check out our list of the kangaroo capital’s different incentives.

Home to key mining regions such as the Pilbara, Western Australia (WA) has drawn in major mining companies from around the world like Rio Tinto (ASX:RIO,LSE:RIO,NYSE:RIO) and BHP Billiton (ASX:BHP,NYSE:BHP,LSE:BLT). As Australia’s largest state, WA has shown its strength on the mining front with plentiful resources and widespread exploration.

One of WA’s government initiatives is its Exploration Incentive Scheme (EIS), which aims to encourage exploration in WA to help stimulate and sustain the resource sector. The EIS consists of five different programs: exploration drilling, geophysical surveys, encouraging exploration through cover, 3D prospectivity mapping and promoting strategic research with industry.

While Tasmania’s government puts a great deal of support into its agricultural and renewable energy sectors, the state has also directed resources towards its mining industry.

One of the island state’s initiatives is the Geoscience Initiative, a AU$1.4-million program spread out over four years. The initiative is intended to deliver new pre-competitive geoscience data and to improve the accuracy and completeness of historic geoscience data. Another initiative is the AU$1-million Mining Sector Innovation Initiative, spanning from 2017 to 2021, designed to improve environmental outcomes on existing and legacy mine sites through tools provided by the initiative.

The government also offers the AU$2-million Exploration Drilling Grant Incentive, which is set to run from 2018 to 2022 with the intention of increasing greenfield exploration in Tasmania through co-funding to applicants.

One of the most heavily populated parts of Australia, Victoria offers a number of different initiatives and programs focused around the mining sector and energy technology.

The AU$15-million TARGET Minerals Exploration Initiative is one of Victoria’s main resource initiatives, designed to increase investment in exploration for gold, copper and other base metals. While it excludes exploration for coal, oil and gas — some of Australia’s biggest exports — it includes grants for companies to conduct co-funded mineral exploration programs. Grants from the initiative cover up to half the cost of eligible exploration activities, such as geophysical surveys and drilling and sampling analysis.

South Australia’s (SA) government invests in what it refers to as “innovative initiatives” with the intent of bringing significant economic benefits to the state.

One of SA’s most prominent initiatives is its Plan for Accelerating Exploration (PACE) Copper, a AU$20-million investment intended to lead the transformation of SA’s mineral exploration industry over the next two years. While PACE was originally launched in 2004 as a AU$22.5-million five-year initiative, the program’s immediate success led to several extensions and additional funding. PACE supports innovative and collaborative geoscience projects, and the capture and interpretation of geophysical pre-competitive data sets, along with other factors.

With regard to PACE’s most recent focus on copper, the work program is meant to deliver new data and information for exploration on the Gawler Craton, a 440,000-square-kilometer crystalline basement located in SA. PACE Copper is referred to as the critical upstream component of SA’s copper strategy, which is meant to triple the state’s annual copper production and help it hit a production target of 1 million tonnes a year by 2030.

While some of Queensland’s initiatives are more generalized, such as tenure reforms and a resource roundtable, others are more proactive, such as the Strategic Resources Exploration Program (SREP). Through the program, the government is set to invest AU$27.125 million over four years to boost exploration and support for resource development projects.

The funding is divided up and implemented into different initiatives, such as AU$3.6 million going towards gas exploration in the Georgina, South Nicolson and Isa Super basins, and AU$4.275 million for mineral geophysics to help locate new mineral prospects over wide areas.

SREP is meant to also support the Strategic Blueprint for Queensland’s North West Minerals Province, a AU$39-million (over four years) strategy to further develop the northwestern part of Queensland. The blueprint has three major priorities, which consist of facilitating continued resource sector development, diversifying the regional economy and creating employment opportunities and working with business and the community to deliver integrated services.

Known for housing Australia’s world-renowned Outback desert, the Northern Territory (NT) spans over 1.4 million kilometers and is ripe with mining and resource opportunities.

The NT government just recently launched the Resourcing the Territory initiative, a AU$26-million four-year game plan designed to underpin the long-term sustainability of the territory’s resource sector. The initiative, which provides pre-competitive geoscience, investment attraction and exploration stimulus programs, replaces the previous AU$23.8-million Creating Opportunities for Resource Exploration initiative, which ran from 2014 to 2018.

Under the Resourcing the Territory initiative fall several programs with different purposes, such as the Geophysics and Drilling Collaborations Program, meant to increase exploration drilling and geophysical data in greenfields areas through co-funding assistance.

According to the NSW Department of Industry, the state government has allocated over AU$95 million to exploration initiatives in recent years. One example is the New Frontiers Exploration Initiative (NFEI), designed to provide significant stimulus to future exploration for mineral and petroleum resources. Launched in 2006, the initiative has been funded by annual rental fees since 2012, with projects under NFEI helping cover areas such as pre-competitive geophysical surveys and frontier geoscientific mapping.

There is also the New Frontiers Cooperative Drilling program, which provides grants for exploration drilling programs that demonstrate strong prospectivity, good financial planning and a proven technical base. From 2014 to 2017, the program offered two rounds of grants that funded anywhere from 50 to 100 percent of drilling meter-rate costs, with a maximum of AU$200,000 awarded per project.

As its name might suggest, Australian Capital Territory is a small territory spanning just less than 2,400 square kilometers between Sydney and Melbourne; it houses Canberra, the country’s capital.

Due to the territory’s size and proximity to other states like New South Wales and Victoria, there are no mining and resource initiatives available at this time.

While almost every state and territory has designated incentives, there are also some available through the federal Australian government that apply to the entire country.

Formerly known as the Exploration Development Incentive, the federal government introduced the Junior Minerals Exploration Incentive in March 2018. The incentive was created to encourage investment in small mineral exploration companies, and allows eligible companies to generate tax credits by giving up a portion of their losses from greenfields mineral exploration expenditure. Following that, the tax credits can be distributed to investors who buy newly issued shares during a certain period. Exploration credits are capped at a total of AU$100 million over a four-year period.

Australia also has an Industry Growth Centers Initiative that consists of six areas: advanced manufacturing, cybersecurity, food and agribusiness, medical technologies and pharmaceuticals, mining equipment, technology and services and oil, gas and energy resources. Each growth center is a not-for-profit organization with its own Sector Competitiveness Plan, entailing a 10-year strategy for the sector, identified regulatory reform opportunities and industry knowledge priorities like skills and research requirements. The centers have access to AU$63 million in funding to develop collaborative projects that help capability and competitiveness within each sector.

– Measured and Indicated Mineral Resource tonnes increased by 54% to 16.3Mt for Yangibana deposits drilled during 2020.

Rio Tinto’s ISAL smelter in Iceland has been certified by the Aluminium Stewardship Initiative (ASI) for meeting the highest internationally recognised standards for responsible aluminium production.

The certification continues Rio Tinto’s leadership of the industry on responsible aluminium production from mine to metal, and means customers can be assured aluminium produced at ISAL meets independent environmental, social and governance standards.

Rio Tinto today released updated information in relation to its global tailings facilities to align with the requirements of the Global Industry Standard for Tailings Management (GISTM) released in August 2020, an initiative co-convened by the International Council on Mining and Metals, United Nations Environment Programme and the Principles for Responsible Investment.

The latest disclosure at http://www.riotinto.com/tailings builds on previously disclosed information on each of Rio Tinto’s global tailings facilities released in June 2019 and the publication of Rio Tinto’s Group Procedure and updated Standard for ‘Management of tailings and water storage facilities’ in February 2019. The changes to existing data are in line with guidance contained in GISTM including updating information previously disclosed.

Perth, Australia (ABN Newswire) – Australia’s next rare earths producer, Hastings Technology Metals Ltd (ASX:HAS) (FRA:5AM) is pleased to report on exploration and development activities for the three-month period to 31st March 2021. Most of the activity focused on the Company’s Yangibana Rare Earths Project (“Yangibana”) in the Gascoyne region of Western Australia.

– Hastings raised $100.7 million (before costs) through a two-tranche equity placement priced at $0.19 per share, with funds to be used to advance development of the Yangibana Rare Earths Project.

Argyle Diamond Mine Closure: What’s Next for the Sector in Australia?

Click here to read part one of this article, which covers the closure of the Argyle diamond mine.

When the mining equipment permanently shut down at Western Australia's Argyle mine in November 2020, the country's diamond sector entered a transitional period.

As the world's fourth largest diamond-producing asset shuttered, domestic output of the gems instantly declined by as much as 90 percent.

Investing in Australia: Rich in Resources