Blackstone Minerals Limited (ASX:BSX, OTC:BLSTF) is pleased to report that it continues to intersect Massive Sulfide Vein (MSV) mineralisation at King Snake. MSV has been observed in all drill holes subsequent to the maiden intersections recently announced (refer Tables 2 & 3 in Appendix 1 of this report and ASX announcement 4 February 2021).

The Company is aggressively drilling at King Snake and sees significant potential for it to be incorporated into ongoing mining and processing studies given the exploration success to date.

Highlights from continued exploration at King Snake include:

The Company expects to provide an update regarding the anticipated King Snake assay results, along with results from ongoing infill drilling at Ban Chang and Ban Phuc DSS over the coming weeks.• All five additional drill holes at King Snake have intersected MSV mineralisation. KS21-06 intersected 19.55m of continuous mineralisation, including disseminated sulfide (DSS), semi-massive sulfide vein (SMSV) and MSV;

The most significant intercept from the latest round of drilling at King Snake was KS21-06: 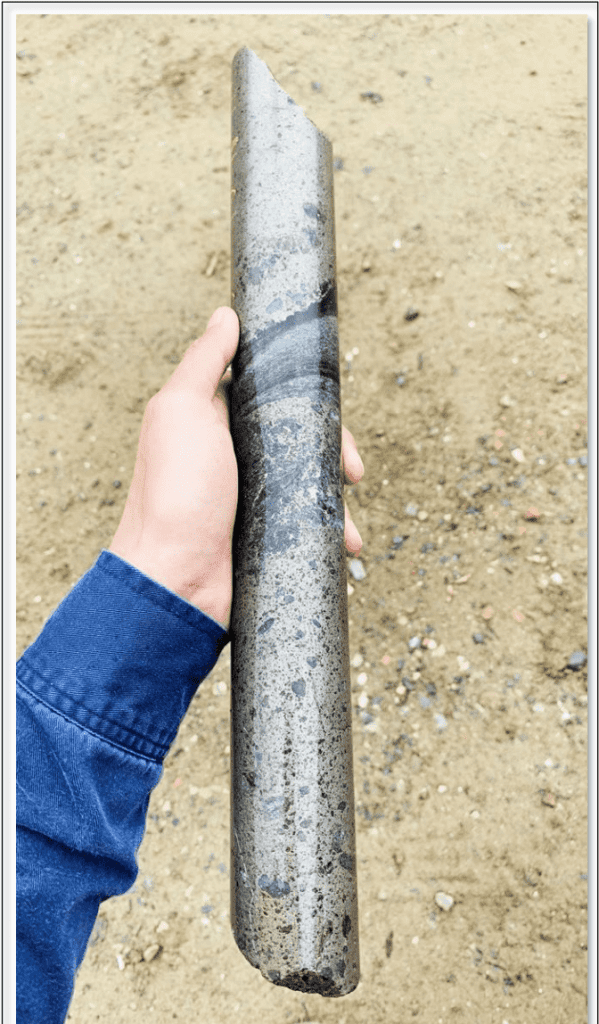 “We are pleased by the rate of drilling at King Snake and the success of our exploration strategy in following up EM targets defined by our in-house geophysics team. King Snake features multiple EM plates and is proving to be one of Blackstone’s best massive sulfide nickel opportunities to date. We look forward to further aggressive drilling, reporting assays as they become available and being able to incorporate King Snake into our massive sulfide strategy.” 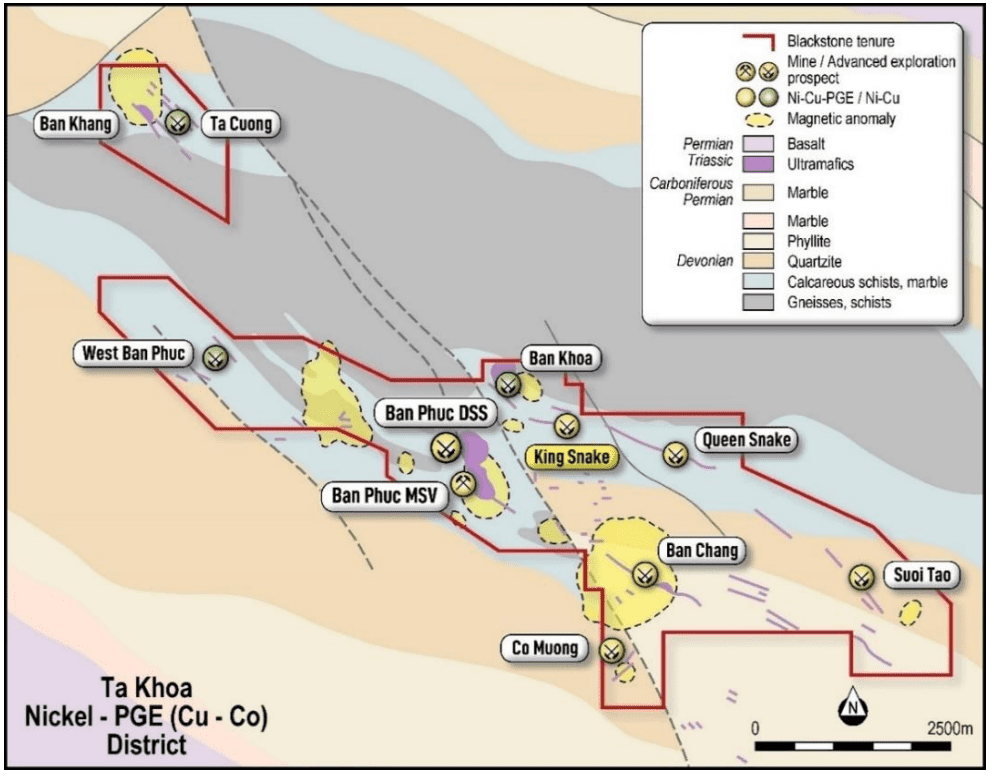 Results from Blackstone’s maiden program at King Snake together with historic drill results have defined a strike length of over 800m at King Snake which includes MSV, SMSV and DSS (refer Figure 2). 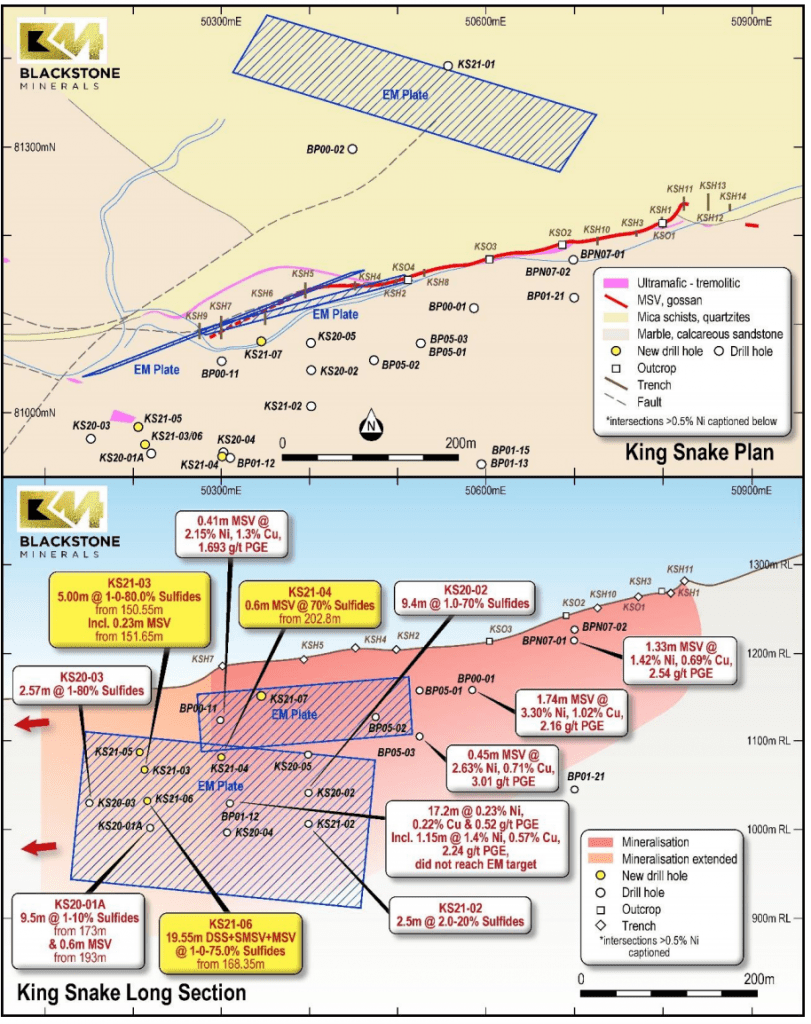 The Company is targeting a maiden resource at King Snake in 2021. King Snake may be incorporated into ongoing mining and processing studies as sufficient data becomes available.

Click here to connect with Blackstone Minerals Limited (ASX:BSX) for an Investor Presentation.