RotoGro claims its Canadian patent for a gardening system is being infringed by RavenQuest and its CEO George Robinson.

On Monday (November 4), RotoGro — a subsidiary of RotoGro International — indicated it had filed a claim in the Federal Court of Canada against RavenQuest due to patent infringement done by the Canadian player.

Court documents show the claim was filed at the end of October. According to the filed documents, RotoGro also names CL2G Consulting, Synergy Solutions Management, 1052543 B.C. and William George Robinson, who acts as CEO of RavenQuest. 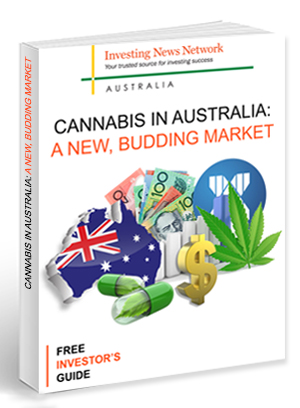 Ready to learn about the fundamentals of Australian cannabis investment?

Give me my free report!

The Australian company obtained its patent in October from the Canadian Intellectual Property Office. The patent grants RotoGro exclusive rights to its gardening system.

This dispute goes back to the end of 2017. According to RotoGro, Robinson purchased two RotoGro Patented Gardening Systems under the CL2G name in July 2017. Later in the year, the executive attempted to negotiate a licencing deal for the intellectual property (IP) rights to the system.

Roto-Gro argues despite there never being a formal licencing agreement between the two parties, or with RavenQuest, promotional paper for the Canadian firm included what the company described as an unlicenced drawing identical to the one for its patent.

Adam Clode, CEO of RotoGro, said the acquired patents for the company’s gardening system in the US and Canada were vital to its business in North America and would defend its claim.

“As such, it is important for us to protect and defend our inventions against all individuals and businesses that look to replicate and unlawfully benefit from our patented and proprietary intellectual property,” said Clode. “We owe this duty to our shareholders, and to the company as a whole.”

On Wednesday (November 6), RavenQuest issued its own response to the claim from the Australian firm. The Canadian company indicated the notice from RotoGro has no merit since the system RavenQuest uses was developed with its own intellectual property.

“The board of directors of Ravenquest has commenced a review of the claim, and has engaged counsel to defend its intellectual property rights and ensure that its business interests are fully protected,” the company stated.

Shares of RotoGro have been on the rise since it made its claim public to the market on Monday. However, on Wednesday’s trading session, the company fell 5.56 percent to a closing price of AU$0.17.

RavenQuest has seen a steady drop since Monday; on Wednesday the company opened at a price of C$0.14 and faced a slash of 9.38 percent in value. Since Monday, shares of the company have seen a drop of 34.1 percent.

Securities Disclosure: I, Bryan Mc Govern, hold no direct investment interest in any company mentioned in this article.

Give me my free report!