Magnis Energy Technologies Ltd (“Magnis” or the “Company”) [ASX:MNS) is pleased to present its Quarterly Activities Report for the period ended 30 September 2019.

Magnis Energy Technologies Ltd (“Magnis” or the “Company”) (ASX:MNS) is pleased to present its Quarterly Activities Report for the period ended 30 September 2019.

On 5 September, the Company announced that National Australian Bank (“NAB”) had been engaged as an advisor to Imperium3 Townsville (“iM3TSV”), bringing extensive experience in advising funding large projects in the renewables sector, including working alongside Government bodies, to advise projects in North Queensland.

As announced 21 April 2017, an exclusive MoU was signed with Townsville City Council to investigate building a 15GWh Lithium-ion Battery Manufacturing Plant in Townsville, Northern Queensland. With strong government support1 and commitment for $3.1m in grant funding to support the project2&3, iM3TSV was fast tracked on 5 June 20184, with new partners joining the consortium including SIEMENS, Celgard, Probuild, Norman Young & Disney, Ausenco and
WT Partnership.

Although occurring outside the reporting period, on 1 October 2019, Magnis announced that the iM3TSV Townsville Battery Manufacturing Plant Feasibility Study was submitted to Queensland Government. The Feasibility Study investigated the viability of developing an 18 GWh lithium-ion battery manufacturing plant in Townsville over 3 stages and demonstrated
sound financial viability on a project basis, with an NPV of A$2.55 Billion and 21% IRR. Project capital cost for all 3 stages is estimated at A$3 Billion with 1150 direct jobs when operating at full capacity.

The Company looks forward to continuing to progress the iM3TSV over the coming period. 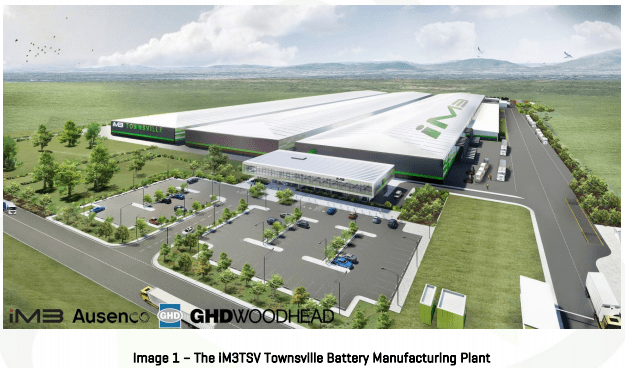 On 30 September 2019, Magnis announced that as part of due diligence for the iM3 New York battery plant funding, an independent valuation completed by O’Brien & Gere, a wholly owned subsidiary of Dutch engineering giant Ramboll Group, valued equipment at US$71.34 Million (A$105.5 Million) with Magnis’ direct and indirect ownership at 50.86% of the project. The valuation commenced in August 2019 and reviewed all items purchased as part of the acquisition made in early 20185 and valued Magnis’ 50.86% ownership at approximately A$53 Million. Ramboll Group is based in Denmark and employs over 15,000 engineers globally with over 300 offices in 35 countries. 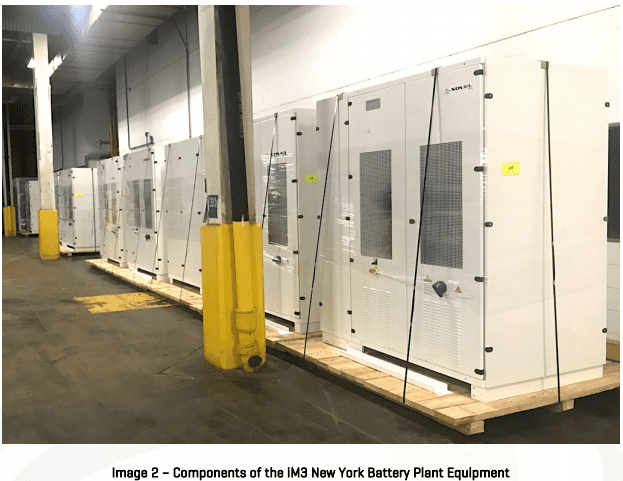 As per the June 2019 Quarterly Activities Report, the clearing of the Nachu Graphite Project access roads and infrastructure areas has continued to progress smoothly. During the September 2019 quarter, clearing continued with roads surveyed and cleared now providing over 16 kilometres of additional logistically beneficial vehicle access to key planned project areas including main access routes, camp, plant site, tailings storage facility and mine laydown plus the clearing of the community southern diversion road. 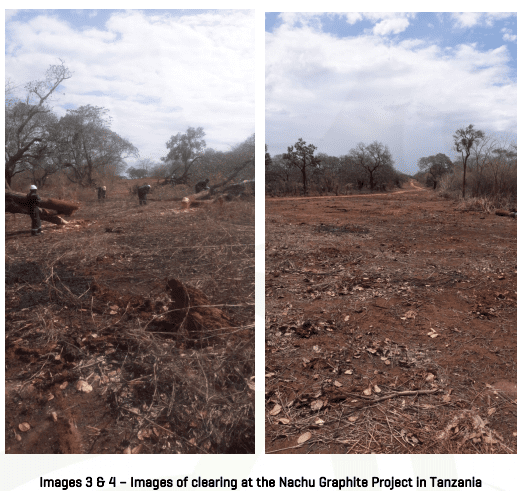 Officers from Tanzania’s Mining Commission inspected the proposed area for construction of the explosive storage magazine. The proposed area is satisfactory and now awaits final permitting. Community projects in the quarter included the refurbishment of a water tank for the Chunyu medical clinic, maintenance of community areas and general support and involvement in community events.

Magnis Chairman, Frank Poullas, commented: “The September 2019 quarter has been an important period for Magnis, as we’ve made significant progress on the iM3TSV battery plant, with National Australian bank being appointed as advisors and the completion of the feasibility study, highlighting the strong economics of the project.”

“During the quarter, an independent valuation of the iM3 New York battery plant assigned a valued of approximately A$53 million to Magnis’ direct and indirect ownership in the project, thereby demonstrating the significant value in this asset. We have also continued to advance the Nachu Graphite Project with further clearing undertaken as part of the project site works.

We look forward to continuing to advance the Company’s three projects over the coming period.”

On 27 September 2019, the Company announced that Middle East based Negma Group had agreed to subscribe for up to $8 Million in shares over a 12 month period, with an option for a further $4 Million investment.

Negma will provide up to $8 Million over the course of 12 months with a maximum monthly subscription of $700,000. The price of the shares issued will be at an 8% discount to the previous ten day Volume Weighted Average Price (“VWAP”). The Company has the flexibility to call the monthly amounts and can cancel the agreement at any stage without a penalty.

Click here to connect with Magnis Energy Technologies (ASX:MNS) for an Investor Presentation.